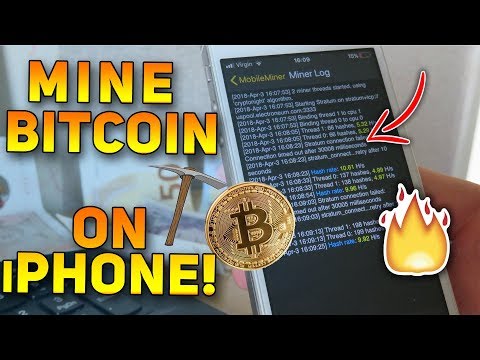 A guide to Popcorn Time [For beginners]

Gold and Silver: Where Do They Go From Here?

I earned about 4000% more btc with my android tablet than with a $250 ASIC mini rig setup using GekkoScience Newpac USB miners!

down the Node-Red rabbit hole, part 5 - hold my beer

part1 part2 part3 part4
so, it's been 4 months since i started this journey and i gotta say that NR has really re-vitalized my personal interest in home-automation, as well as, my HA and whole house setup.
i've done more in the past 4 months, to streamline my setup and adding new automations than i've done in the three years since i started using HA somewhere around v0.24.x'ish. i got that shit dialed in now.
(also some credit to EspHome for being awesome, despite having meh documentation. yeah, i said it. meh👏doc👏u👏men👏ta👏shun)
at this point i have about 36 NR tabs. some are just testing, or playing around with a particular component/palette, but most have at least one flow on it that is live and in use.
so, i thought i'd break some of them down for you guys, 'barney style+':
(also, some of these are way to huge to post readable screenshots of, so i'm just gonna describe them. plus some of these i detailed in my previous posts.)
first up is my globals. where i set global.vars
arrive/away
morning/bedtime/naptime
alarm
sonos
ping
watchdog
battery (the nodes are very similar to above)
switch control
harmony
remote
long term away
spotify
washedryer
doorbell
disk space
gmail
calendar
alexa TTS (subflow)
drafthouse
twitter link
so, yeah. i'd like to see some of you post some of your flows/ideas if only so i could totally steal them.
.
.
+obscure skippy joke. it's from a book++.
++yes i read. well, i audiobook, but same diff+++.
+++i mean, it's just basic science!++++
++++i mean, that study coulda been bullshit, sponsored by "the audiobook council" or some shit, but i'm taking it at face value.

Okay so I have been using 3 apps on my side phone to make passive income, and today I will talk about 2 of them ( I am still waiting for the payment from the 3rd one , which isnt crypto btw, but once I get it I will make a post here!)
​
The apps are called Electroneum and Pi Network. I noticed that Pi Network was recently shared here , so I will mostly talk about Electroneum.
​
Electroneum is a cryptocurency and it's current value is $0.00441353
I am not sure if it is available on iphones, but download it here for android: https://play.google.com/store/apps/details?id=com.electroneum.mobile&hl=en You just create an account, set up a pin and let the miner run in the background. You don't even have to have the app open for it to work. Moreover it works for 7 days straight! So once a week you have to get on the app and click the 'mine' button again.
​
The miner doesn't even take up power, since it does not use the processing power of the phone. It instead benchmarks the device and allocates it a hashrate that it would achieve if it were actually mining. You will then be allocated the amount of ETN you would receive if you actually mined a block. This is called cloud mining. The app acts as a wallet, and you need a minimum of 100 ETN to cashout. You can then either save your ETN in your wallet, or you can go to a site like hitbtc.com and exchange your ETN for some other crypto or USD.
​
If you sign up using my code 8A5898 you will mine 1% more ETN. I am not sure where they ask for it ( if they do). If they do not ask for it, go to the app, click on 'more' and it should ask for it. BTW I have not used a referral code myself, so comment yours and I will pick a random one to use :D.
​
​
The other app is called Pi Network. Someone already made a post on this, and I found a few mistakes. Since I have been using the app for a while and I currently have over 1k Pi, I just wanted to share my opinion on it.
Ok let me preface this by saying a couple of things, so I dont get peoples hopes up.
I do not promise that it will explode like bitcoin, or end up being very valuable, but it costs nothing to run on my phone ; it doesn't drain battery and I find it exciting that in the future it could be a valuable currency.
Pi is a new digital currency being developed by a group of Stanford PhDs. Once you open the app, you are prompted to click a mine button and that's it! You have to reclick the button once every 24 hours so you can verify that you are human. My base rate is 0.79π/h but it has increased to 2.83π/h because of the person that referred me.
To get into beta you will need to a code, mine is 'Markella' , but feel free to make a chain in the comments so you can benefit from each other!
From reading the white papers, they team is currently in phase 1 of 3. Phase 3 will be here at Q4 of 2019. In that phase you can exchange Pi with other cryptos and even buy things with Pi.
​
Download it here -------- > https://minepi.com

What they really don't wan't you to know about Dash!

Dash is breaking away with regards to integrations, partnerships and developments that advocates of other Crypto Currencies have become frightened of Dash's future dominance. Unfortunately for most of these other Crypto Currency projects Dash as a platform is well and truly in the driving seat on so many levels.
Lets take a look at some of the achievements in 2017 and upcoming events:
More big news still to come in the coming month
Edit: Fixed typos, added new items & links

All The Longreads (So Far)

What is a Cryptocurrency Wallet?

Yes, I'm the skateboard to the moon guy. Back for more speculation. Hear me out, I'd like to explain why I think this deal will happen.
Who (and how) does OmiseGo save money?
Retailers, online and in person, must be registered with payment processing services if they want to accept credits cards and debit cards. The payment processing service is the middle-man between the retailer and the credit card company or bank; they confirm the transaction for both sides of the payment and update the ledger to reflect the new balance. Retailers pay a substantial fee for this service, usually 2% of the purchase price as well as a monthly fee. So basically:


OmiseGo works differently. OmiseGo wallet is your bank account. You fund your OmiseGo account with whatever type of currency you choose, dollars, bitcoin, ethereum, yen. This fills the role traditionally filled by credit card or your bank in the above examples.
OmiseGo also fills the role of Apple Pay, acting as the card-free user interface that you use at the Retailer.
The miners on the blockchain fill the role of the payment processing company. Using the typical decentralized ledger and confirmation process, they confirm and process transactions on the Ethereum blockchain. Miners collect fees for their work (or their stake), although far less than the double 2% fees levied in the example
So when you use your OmiseGo app at a retailer, OmiseGo receives the payment request, pings the node to request a transaction be written and confirmed on the Ethereum blockchain, OmiseGo receives confirmation, and messages the retailer to confirm that funds have been transferred.
OmiseGo takes a fee from the retailer for the service, and pays that fee to the miner for their work (or stake) confirming the transaction.
How does this benefit Apple?
It's pretty clear how a partnership with OmiseGo would benefit Apple. Apple can utilize OmiseGo's infrastructure for payment processing without paying the additional fee per swipe.
Further, Apple Pay will gain use of Omise's existing "currency agnostic" virtual exchange, meaning users can pay the retailer with whatever currency they accept, even if the user doesn't have that currency in their wallet. This means you can have bitcoin in your wallet and pay retailers in dollars now and yen later today. This allows Apple Pay to be used with dozens of new currencies the world over, both fiat and crypto. This hugely expands the reach of Apple Pay worldwide, and gives Apple Pay an immediate presence through Omise's existing market across Asia (where the iPhone is already very popular).
Quick tinfoil hat theory: Apple currently has more than $250 billion dollars overseas which they cannot repatriate to the US without paying huge taxes. Assisting OmiseGo to break down barriers between currencies and bring borderless crypto into the main stream is certainly in their interests. Assisting OmiseGo to break down traditional banking and credit card payment systems benefits Apple as well, allowing Apple to step into those roles with Omise and Apple Pay. Double tinfoil hat theory: it is often speculated that Apple has earmarked their overseas funds for strategic acquisitions of compatible companies; if an Apple supported OmiseGo can prove to be a Visa/Wells Fargo killer, and Apple can acquire Omise and step into that role, that would be an incredible coup for Apple, marketshare skyhigh, and they would own every step of the supply chain from the payment app to the phone it runs on to the infrastructure that processes it to the bank account itself.
Finally, this agreement costs Apple nothing. They aren't outlaying any expenses on this deal. They won't lose any current functionality in Apple Pay. This is a massive opportunity for Apple, and costs them nothing.
How does this benefit OmiseGo?
As far as fees collected directly by Omise as a company, not much. Retailer fees ultimately go to the OMG holders who stake their coin to validate processed transactions on the blockchain. OmiseGo as a company does benefit greatly from Apple Pay's existing relationships with innumerable retailers, particularly in the West (OmiseGo already has extensive relationships with retailers in Asia). The prospect of an Apple buyout is nice, but, as far as I know, pretty tinfoil hatty, so I can't say much about that possibility as a benefit for Omise as a company.
How does this benefit OmiseGo coin holders?
A huge amount. OmiseGo is a Proof of Stake system, where existing coin holders stake their holdings with OmiseGo to lend credence to the transaction verifications. Similar to the US Dollar when it was on the Gold Standard, in which the value of the green pieces of paper is underpinned by the value of the gold behind it, OmiseGo's payment processing is underpinned by the value of the OMG coin staked by holders.
So for every payment made using OmiseGo, stakeholders receive a fee. If there are lots of payments made using OmiseGo, stakeholders will receive lots of fees. If Apple Pay utilizes the OmiseGo blockchain system to process transactions, and there will be millions or billions of transactions to process, stakeholders will receive, well, you see where I'm going with this.
 This whole arrangement is my favorite kind of business deal, the kind of business deal you can feel very confident will move forward: a business deal where all parties win. Retailers, Apple Pay, OmiseGo, OMG holders, and customers.
If people have corrections or disagreements, please post them. I am trying to predict markets, not preach to the choir. Any help building a more perfect prediction is the goal. Seriously, thanks for reading, I know that was really long.
Links:
https://cdn.omise.co/omg/whitepaper.pdf
https://arstechnica.com/gadgets/2014/10/how-mobile-payments-really-work/
https://www.cnbc.com/2017/05/02/apples-cash-hoard-swells-to-record-256-8-billion.html

I’ve been researching privacy coins deeply and feel I’ve reached a sufficient findings to merit sharing my stance re SUMO.

Is anyone else freaked out by this whole blocksize debate? Does anyone else find themself often agreeing with *both* sides - depending on whichever argument you happen to be reading at the moment? And do we need some better algorithms and data structures?